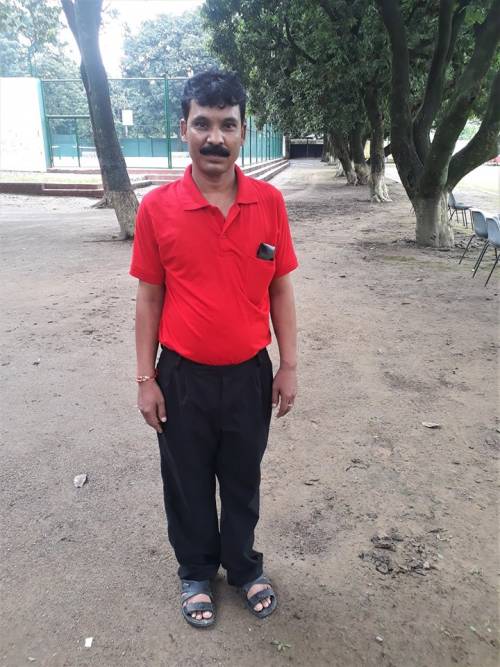 TODAY HE WALKED TO SCHOOL AGAIN!

Kuldeep bearahji – 42-years-old, our archetypal Welham bearah. Ringing the morning rouser, distributing fruits during fruit break, laying the table in the dining hall and most importantly, cooking for hungry Welhamites!

Kuldeep bearahji - the sole bread earner of his family, working in Welham for the past fifteen years. In July 2017, his world suddenly changed. He developed an excruciating pain in his hips, making it almost impossible for him to walk and stand. Doctors initially advised painkillers and bed rest which provided minimal relief. Further investigations revealed ‘Avascular Necrosis of the femur’. A grim diagnosis. It meant that he would soon loose his ability to walk or even stand. It meant that he would not be able to work in the School kitchen – a loss of livelihood for the entire family.

Only an expensive surgery with an implant could save his leg. Not eligible for medical insurance through Welham, he was desperate for help. Eventually he contacted the We Care division of the Welham Girls Alumni Association. The WGAA mobilised funds and paid for his surgery, his implant, his hospital stay and his medications following the surgery.

Today Kuldeep bearahji finally walked to Welham again. Without a limp and completely pain free for the first time in several months, he could barely contain his beaming smile! He has expressed gratitude to the WGAA for helping him through a very difficult period in his life. He will join back work in the School kitchen on the 1st of September 2018.

Funds collected by the WGAA via registrations and donations allow us to help those who helped us in several ways throughout our childhood years in School. We wish Kuldeep bearahji a speedy recovery and the best of health so that he may continue cooking for several generations of hungry Welhamites!